Friends, readers, casual arrivals from Google searches: I have moved. All the content is the same, and I’m still using WordPress, but all the links should now point to LindsayLoves.com, my new domain. I had a brain blast that led to the domain name, and I jumped on it, and here I am. with many thanks to my amazing hostess, Anna.

Please update your links, bookmarks, and RSS feeds. Eventually, contrariwise.burned-bridges.net will be replaced with a static page. It won’t be quite like my LJ or my old BlogSpot, but the idea is the same. This domain has the added bonus of being a simple combination of my first name, which I like and is unlikely to change, and “love,” which I hope I won’t stop doing until I’m dead.

I changed my mind: Lindsay Loves it is.

I hope this is the first step toward owning my online self and uniting it with my real-life self. They’ve never been hugely disparate, but I am calling myself to honesty and integrity, and if I can’t own the words I write here, then I can’t be myself.

If this is still part of the “new sound,” I am still loving it!

Well, this week’s questions are anonymous on top of being random, so that’s a change.

The Future of Music Videos

I don’t watch VH1 anymore, but I used to like Pop-Up Video. I love learning, and I like music, so when they smashed them together, I was blown away. I even liked Pop-Up High School Musical 2, the Disney Channel rip-off; I won’t lie. 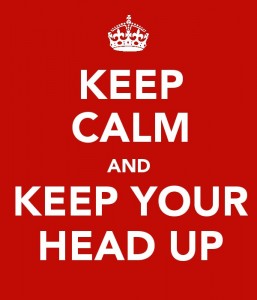 made using the Keep Calm-o-matic

I’ve thought that “Keep Your Head Up,” by Andy Grammer (note the correct spelling of his last name, on which most YouTubers’ spellcheck fails) is a good song for quite some time. I heard that Rainn Wilson (Dwight from the The Office) was in the video, so I checked it out on YouTube. It turns out that the official version is just one option. There’s also an interactive video.

Seriously: you can go to VEVO and decide what happens in the video as you go along. Some of the choices aren’t even the ones from the original video. I can only imagine how much work this was for the producers and everyone who appears in the video–and all for a new artist. Is this what the future of music videos will be?

I can’t get it to embed my version here, so go have fun with it yourself!

I had some other online distractions last night (more news forthcoming), so I didn’t quite manage to post this week’s Booking Through Thursday on time. Friday morning is closer than usual, though.

What’s the latest you’ve ever stayed up reading a book? Is staying up late reading a usual thing for you? 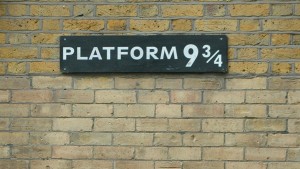 The latest I’ve ever stayed up is 4:30 a.m. The night the last Harry Potter book came out, two of my roommates at the time went to Borders with me at midnight. It took a while to actually purchase our books and get out of the store, but then we rushed home to read as quickly as possible. We even started reading waiting for traffic signals and riding the Metro! I was determined not to even leave my room until I was finished: no one was going to ruin that book for me. We got home around 1ish and sequestered ourselves. Sara finished before she had to go to work around midmorning, but I read slower than that, and I had to keep stopping to cry and clap with joy. I was reading as fast as I could, but my eyes were burning, so I got in bed at 4:30, popped out of bed when my alarm went off at 8:30, and kept going. I paused to wolf down lunch, and I finished around 6:00 that evening, at which point I finally calmed down enough to shower.

It was one of the best nights of my life.

I don’t usually stay up late reading. I don’t even usually read books when they’re newly published, so there’s no real impetus to be finished quickly. Besides that, nothing will ever be Harry Potter, so I want to let that memory stick with me. Harry Potter changed everything.

I generally like to-do lists, but sometimes I feel pressured by them. I have been known to put things like “eat lunch” on my lists just so I know I can cross something off. I also try to live by the Two-Minute Rule, which I think I picked up back when I used to read Zen Habits. The Two-Minute Rule is this: if you think of something you need to do, and you think you can do it in less than two minutes, do it now. Right now. No waffling. In just two minutes, you will have accomplished a task, and who doesn’t like that feeling? 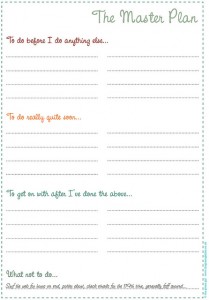 This is more like it. (photo by Gabrielle C)

In this post, I intend to cross a few items off my to-blog list. It exists as a label in my Gmail, and it’s getting too crowded. Pardon the randomness.

First, one of my favorite cooking tools is this fantastic set of glass bowls. If anyone’s looking for some nice mixing bowls, these are a great buy. I haven’t tried them in the freezer, but they’ve been dishwashed, microwaved, and refrigerated, so I have great confidence in their hardiness.

Second, I will not be attending the National Catholic Youth Conference since I work with young adults, but I think it is genius that the theme song was recorded in two versions. Instead of making it strictly an upbeat, praise and worship style song or just a ballad, the organizers commissioned both. I am a sucker for good remixes (remember “Heaven” and “I’m Real”?), so I am definitely sold on this. (Unfortunately for NCYC, I’m only sold figuratively; I’m not buying the CD.)

Third, if you’re ever having a “which books were taken out of the Bible for the Protestant versions?” kind of discussion, and you can’t remember which, here’s a fun mnemonic. Didactic for the win.

It feels so good to delete some emails. My to-blog list thanks me for making it shorter. 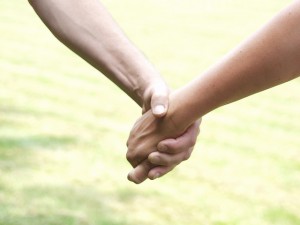 As a Catholic woman, I like to read books and articles about Christian femininity. I have many friends who are wives and moms. Their Facebook links to articles from places like Faith and Family Live keep me from getting too complacent in my singlehood. One of my old housemates recommended Captivating, by John and Stasi Eldredge, so strongly that she gave me an inscribed copy as a sort-of graduation present. I took her recommendation to heart, even though I took a while to get around to actually reading the book.