This “Mass Confusion” Is Part of Learning

I hear time and time again how the new translation of the Mass “seems awkward to me,” “doesn’t make sense to the people in the pews [commentators assume, because every person thinks alike],” or “is too much like Latin, which people don’t speak.” This egocentrism is astounding. Yes, the Mass is the Church’s highest form of prayer, so it should be accessible to most ordinary people. That does not mean that something that seems uncomfortable to you should be changed to suit your demands. 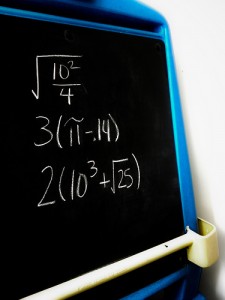 Learning is not always easy. I remember that fateful day in my seventh-grade pre-algebra class when I found out my teachers had been lying to me all along: you could subtract 3 from 2. Welcome to negative numbers. I maintain that there is a difference between “you’ll learn that (how to subtract 3 from 2) when you’re older” and “you can’t do that.” It took some time to wrap my head around an entirely new way to see numbers, but I managed to do it. Even though I never liked math, I was always fairly good at it because I learned how to do what I was taught. When something didn’t make sense, I knew it was just part of my learning process and that I should keep working at it until it felt comfortable.

Learning the new Mass translation is going to be like learning to do math with negative numbers. Most Catholics don’t remember the process of learning the old responses, but it was just that: a process. They spent a few weeks stumbling through unfamiliar words and phrases until they got it right. I did just that when I went back to church in college. Many more Catholics are familiar with learning new musical settings of the Mass. (Although everyone seems to know the (old) Mass of Creation, no one was born knowing it.) This will take time. The language has been widely available on the Internet for a year for any “person in the pew” to practice. The new prayers of the priest are also available: online for those who like to prep at home and in a free multi-platform app for people who use their smartphones in church. 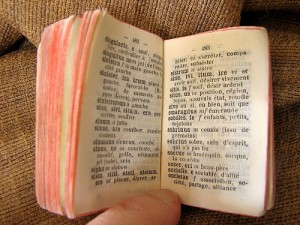 One of my pet peeves in criticism about the new translation is the ubiquitous focus on certain aspects to the complete omission of others. For example, everyone seems to be up in arms about the phrase “consubstantial with the Father” replacing “one in being with the Father.” What does “consubstantial” mean? There are two ways to look at it. One is arguably more “person in the pew”-friendly: it means “one in being with” because that’s what it replaced. The other is the way I first looked at it. I like language and have two English degrees, so I readily concede that most people don’t approach words the way I do. However, I have taught many a high school student to break down unfamiliar words. “Con-” means “with,” as in “chili con carne” or “connect.” “Substantial” means “of the same substance,” the same basic stuff. Therefore, “consubstantial” means “made of the same stuff.” In essence, “consubstantial” is a more precise word because the Son is “made of the same stuff” as the Father in the same way that I am made of the same “stuff” as my dad. We just share an affinity for Star Trek and a temper trigger instead of sharing the power to forgive sin. “Consubstantial” is a huge issue, but “apostolic” still isn’t? I’m not buying it. It’s just a weak backlash against having to do something new. People don’t like change, so they’re going to complain until it becomes second nature and they wonder why we were content with what was adequate for so long when we could have had the best.

Individual words aside, it seems as though almost no one has noticed or minded that the memorial acclamation “Christ has died” was eliminated from the new translation. Perhaps they didn’t know where it came from, but they don’t seem to mind where it’s gone. That seems like it ought to be a less comfortable shift than single words here or there.

For what it’s worth, I find that some people are clearly stunned by the change (which is their own fault; the news has been heavy on this for months), but most are rolling with it. Having to pay attention is not a bad thing. I was floored when, listening closely as I have for the last month, I realized that the collect from the Fourth Sunday of Advent is the same as the concluding prayer of the Angelus. How did that get mistranslated for so long? That’s the best connection to me, a person in the pews, that I’ve had between my personal devotions and the Mass in a long time.

Learning takes time. Sometimes it is difficult. Without change and learning, we might as well be dead. This awkwardness, too, shall pass.