The Only Two Resolutions I’ve Ever Kept 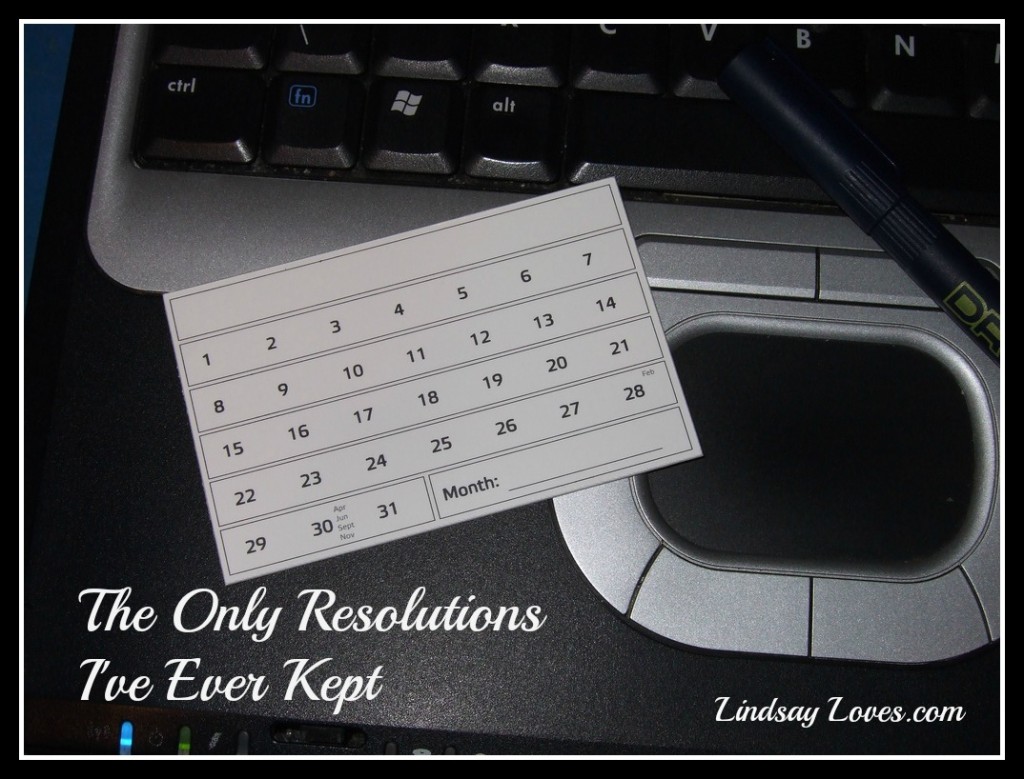 I realized a few years ago that I never keep them, but more importantly, I needed to free myself from the pressure to make a resolution at the beginning of the year and keep it up until the end of that year. That is not a good way to make a resolution, unless it’s something like graduating from school (when you only have a year left) or getting married (when you’ve gotten engaged). Those are more like commitments than resolutions.

I have kept two resolutions that I can recall. Not two from last year, mind you. Two in total.

In 2007, I resolved to read the Bible in a year. I even received a brand-new Bible for Christmas so that I could start fresh. The Bibles I owned at the time were fine, but I got a new translation (RSV: Catholic Edition), and it’s my only hardcover Bible, so I feel a little better about succumbing to the idea that you need all-new stuff to fulfill a resolution. I found a great reading guide and dove in.

Seven years later, I still haven’t read the whole Bible. I came up laughably short that first year and barely read at all through my years in grad school. I have directly and methodically read over half of the Bible, though, and that’s because of one simple point: I didn’t give up.

I promised myself when I started reading that I wouldn’t give up even if I fell behind. I never thought I would be six years behind, but I am, and I still haven’t given up. There have been seasons in my life when I have read more, and seasons when I haven’t read at all, but I will finish one day. 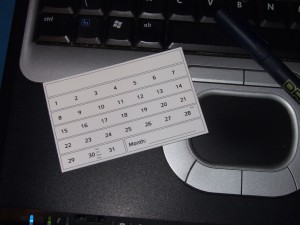 The second resolution I’ve kept was to pray Night Prayer every single night. I stopped giving myself a pass because I was super tired, I needed to get to sleep ASAP to get up on time, or I just wasn’t “feeling it.” No excuses! I took on the “don’t break the chain” method, and I couldn’t be happier with my results. I made that resolution at least by March (maybe earlier; I can’t remember!), and I have yet to break it. The results have been so sweet.

The key to resolutions is to make and adjust them based on the seasons of your life. I could commit to a 7 a.m. holy hour because I went to Mass at midday (so I could be there while others went to Mass in the morning) and went in to work late (so I could be there while others had to drive to work). That’s not my life anymore, so I don’t do that anymore—but I do pray a holy hour one evening a week. Maybe you can’t read 100 books this year. Can you read one, starting today, until you finish it? What can you do now? Anything is better than nothing.

If you’ve already broken your New Year’s resolution, take heart. Maybe now is not the right time to make a change, kick a habit, or start over. Make a resolution whenever you feel like it. When it doesn’t work anymore, change it.

And if you feel really bad about breaking your resolution, Lent will be a great time to try again.

[…] great friends at the home of a couple I love dearly. I blogged up a storm, beginning with a general reflection on resolutions that I still endorse. I stepped into a leadership role with the Catholic 20-Somethings shortly […]

[…] to maximize the rest of the calendar year. I’m not planning anything new for January because I don’t make New Year’s resolutions. The only thing I’ve added to my usual December schedule is sending my Christmas cards before […]