7 Quick Takes on Romance, Text Messages, and Being Promoted

Wow! Linking up earlier than usual last week (i.e. midday on Friday instead of usual Saturday afternoon, or never) was great for my blog traffic. It was a nice self-esteem boost if nothing else.

If you’re new to my blog this week, check out my about page or this month’s tl;dr for a quick intro to me and the lifestyle I lead which fuels my blog content. If you have a blog, post your own tl;dr, no matter how long it’s been since your last post!

As part of my tl;dr, I mentioned that I am single and available. I haven’t been particularly honest about this in my life (although I do still read an alarming number of books about being single and Christian and Catholic). Part of my concern is that it’s been a while since my last date, and the last young man I was interested in turned out to have a serious problem that would prevent our having an actual romantic relationship.

At dinner after Mass on Sunday, a friend of mine mentioned that he’d scoped my LinkedIn profile to see if it was representative enough of me to pass along to a handsome coworker of his. I inquired as to his name (which I won’t post here, of course), whether he loves Jesus (he does), and whether he is tall (he is). This friend’s wife (who is also my friend) confirms that the coworker is handsome, which I will note that I did not directly ask about.

I’m intrigued by this recent romantic rise in my generally romance-free life.

I almost ran out of text messages this month! I don’t have unlimited texting because I have debt to repay, so I used 190 of my 200 messages. Helpfully, I have only two days left to go in this low-text state, but that has never happened to me before in four years owning my own cell phone contract. I feel like a technological caveman, resorting to email and Facebook to share news.

I started a new Bible study at my parish tonight. It is the Great Adventure Psalms course. I went to a live “Psalms in a Day” presentation at another parish a few years ago, and it was pretty fantastic. I heard Bob Hurd’s “As the Deer Longs” for the first time there, and it still wells up in my heart sometimes. 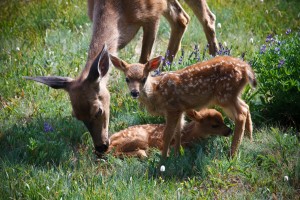 I did not expect Austin’s terrible trademark traffic to make me almost late. I was pleasantly surprised that class had not officially started before I got there (although it started within minutes of my arrival). I did not expect to lose my time to eat a quick packed dinner to time on the road. I did expect to bring the average age of attendees down by at least ten years.

I expected that, since I was wearing one of my company logo shirts, I would have the opportunity to announce my promotion.

I got promoted! I am officially no longer on the lowest rung of my company’s ladder, so to speak. I started training my replacement today, and we expect that I will fully move into my new position by the end of next week (if not sooner). It felt so good to be able to give my new title when I introduced myself at Bible study.

Having found a company where I feel so integrated into the culture is pretty fantastic. Some of my pride in what I do (the good kind of pride, not the bad kind) has returned. It is worth noting that I haven’t actually started doing it yet, but everyone has confidence in me, including me.

Pentecost was delightful. I put together a great outfit, I heard a killer homily, and even though our dinner group (see QT #2) was much smaller than usual, I had the opportunity for much more intimate conversation. I still don’t have another group dinner planned in my home, but I haven’t given up on the idea.

This weekend will include laundry day, a going-away party at my house (we love parties here; someone else is leaving), and Father’s Day. My dad is a great guy, so I hope my family mostly leaves him alone with his beer. It’s what he likes!

I like your #2 – I am also single, but a long time ago I decided that I didn’t want to be one of those women who makes their singleness the main focus of their lives, so I don’t advertise it. Then I found out that a coworker who doesn’t know me very well had decided that she needed to match-make me with a coworker who’s a dear friend, but who would be absolutely awful as a boyfriend. Thankfully, she doesn’t have a long attention span, and she let it drop before it became too awkward. I hope things go much more smoothly for you!

Yikes! That does sound awkward. I haven’t been big on advertising my singleness in the past, but in all the reading, thinking, and praying I do, I’ve realized that I haven’t been doing much to resolve my singleness, either. Basically, I don’t want people (especially those who know me well, unlike the coworker you mentioned) to think of me as undateable or uninterested in the same. This feels like the right season to be more open about my desire. May God bless us both!