7 Quick Takes on Being Not Alone, Trying Not to Judge, and Children

I did a lot of staying at home this week. One of my friends threw a birthday party at her apartment last night, and I invited my roommate who was also home to go with me. It was a good party, but when we left (early), I realized just how much I’d needed party adrenaline to keep me going. (That’s not a euphemism.) After working all week and all day on Friday, I struggle with Friday night parties. I’m getting old, guys.

I was also especially grateful to have the roommates that allow me to live in our house. I enjoy throwing parties here occasionally because we have the space for it. In my old one-bedroom apartment, I barely had even one person over because it felt too small. Without roommates, I could never afford our cute little starter home, and I would still be both lonely and alone.

I finally got it together on time to join the Not Alone Series this week. My post practically wrote itself since the topic is so directly applicable to my life and easy to talk about. I’m hopeful that the women participating in the series each week will be able to commiserate with me, to confirm that I’m not just thinking myself in circles or in destructive patterns. It should be interesting!

It doesn’t hurt that it was fantastic for my stats, either.

Verily published an article this week venturing into the debate over children. The title is misleading. It capitalizes on the happy news of Kate and Will’s new baby on the way, but it’s not just about judging “women who have multiple children.” Taken along with its comments (which are worth reading on Verily), it’s about judging couples and their children, period.

I must admit that I have a hard time with this issue, but I’m intentionally trying to improve. We live in a world where many Catholics ( by baptism, which is the most basic definition) are using contraception and see no problem with that. That’s a reality, and it’s awful. The knotted part of the situation is that, along with those couples, we also have those who:

And there are situations I haven’t even considered.

It is so easy to look at a couple and their children and automatically place them in one of these groups. I find myself doing that more than I’d like to admit. I shouldn’t, though; none of us should. All couples, parents or not, deserve our prayers for their marriage and any children they have now or might have in the future. That is all.

That is hard, too. Anyone have ideas about how to make it easier?

On a lighter note, Verily also posted this image as their Daily Dose. I read them all, but this is the best one I’ve seen so far. 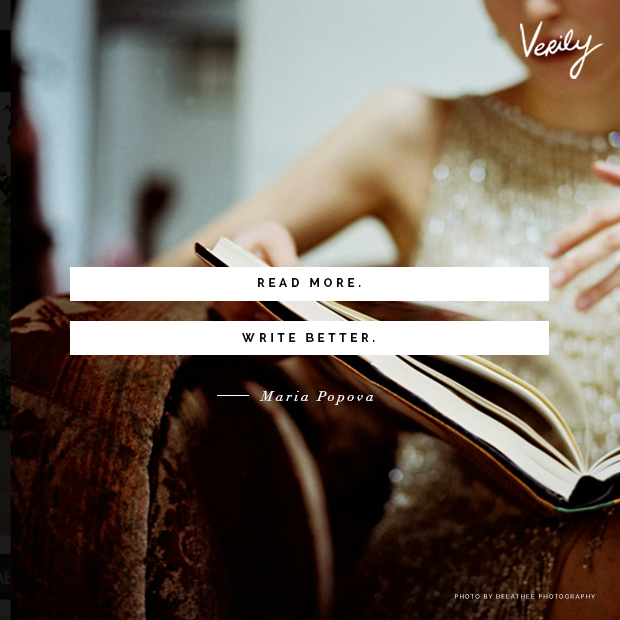 I also read a book proposal of sorts about “how American parenting is killing the American marriage.” I clicked through to read about the authors’ book (on marriage). It sounds like the exact opposite of everything I believe about marriage.

Their parenting versus marriage comments, however, sound spot-on. Life is valuable at every stage, not just when we are cute, cuddly babies. That means spouses have just as much value as children—maybe more, since the children usually come by way of the spouse. We demand a lot more of mothers than of fathers, to the point that a “mama’s boy” is a bad thing, but “daddy’s little girl” is okay.

When I did marriage prep (for other couples, not for myself), many couples were surprised at the FOCCUS idea that their future spouses should be more important than their children. I laid it out like this: after you get married, any children you have will also be parented by your spouse. You need to be on the same page with that other parent, 100%. You need to accept that your children might turn out just like your spouse and nothing like you beyond biology (and they might get all of your negative biological traits). When the children grow up, you want them to have the experience of a good marriage—yours—as they prepare for their own vocations. And when they’re out of the house, you will be left alone with only your spouse. Try to make that a peaceful image, not a depressing one.

It’s nice to have some secular support.

I had one more article to share last week. I thought about doing a whole separate post on it, but now it’s going here.

I think I clicked through from Boundless to wind up at Shauna Niequist’s “You Are Significant With or Without a Significant Other.” Her main point is solid, but some of her support veers off base.

We help newlyweds set up households because, until recently, most of them had only lived in the homes they grew up in. They didn’t have furniture, kitchenware, or fine china. These days, not only do we have more unmarried people living away from their parents than ever before (which isn’t necessarily a bad thing; I’m doing it), we also have more cohabitors than ever before (which is a bad thing; I won’t do it). You can make a “moving out on my own” registry, but you can’t throw a shower for yourself, either.

The idea of a coffeemaker as a “basic human right” does not help Shauna’s argument. It’s not a humorous article! I do agree with her, though, that if you can afford the good stuff, you should buy it for yourself instead of waiting for your wedding day.

Except that not everyone will have a wedding day. She doesn’t actually address people who won’t get married. She writes, “Some of the people I love most in the world are single—either because they haven’t yet found their person, or because their marriage has ended” (emphasis mine). Not everyone will get married, and divorced people are not the same kind of single. Those groups should not be lumped in together.

I hear that. I’m burned out on everyone that implies I will get married, or I just need to “get out there,” or I must have so much time/money/energy/freedom because I’m single. I should be able to feel however I want to feel. I’m tired of hearing all those marriage platitudes.

That was a lot, so let’s just make it six takes today, shall we?