In Defense of Octaves

This year, I am discovering a new pet peeve into which the Holy Spirit has been roped. The Holy Spirit and I are basically besties, so that has me particularly miffed.

I’m annoyed at any holiday (church or secular) being dragged out longer than one day. Except, that is, for the ones that are already multiple days. It is not “still Pentecost.” It’s not even still Easter. We need to let it go. 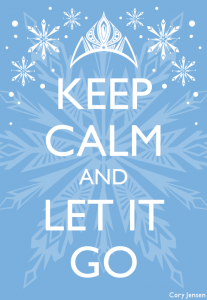 Time for a liturgical calendar lesson, and with less bitterness and confusion than the last one! (At least I think so.)

The year begins with Advent, so Christmas is before Easter in time (although not in importance). Kendra and I had a fun chat about that a few years ago.

Note that the Triduum and Easter seasons begin when those particular Masses start. Earlier in the calendar day, the previous season is still in effect. At noon on Holy Thursday, it’s totally still Lent. At the moment the liturgy begins in the evening, it’s not technically Lent anymore.

The highest celebrations on the calendar are called “solemnities” (“solemn” as in “extra fancy,” not as in “sad.”) That means:

Some solemnities also begin liturgical seasons. Not every season begins with a solemnity (e.g. Ash Wednesday begins Lent but is not a solemnity). Not every solemnity starts a season (e.g. the Ascension of the Lord always falls during Easter, but there’s no Ascension season).

Two solemnities during the year are celebrated as “octaves.” They are the Christmas octave and the Easter octave. That means:

If you pray any part of the Liturgy of the Hours daily, it’s hard to miss an octave. You literally pray the exact same psalms from Christmas Day and Easter Sunday every single day for eight days. It feels a little monotonous, but boy, does it stick!

Pentecost has a special vigil. I’ve never heard of it actually being celebrated anywhere, but parishes have the option of using all of the vigil-specific readings and extending the liturgy with additional songs and periods of quiet reflection. It would be like the bookend to the Easter Vigil. And it would probably be awesome. But it is not an octave.

Let the octaves be octaves, and let other holidays just end. I am not a fan of saying that you’re celebrating a holiday after the holiday (unless it’s an octave, which means it’s not “after”). You don’t have a Halloween party on November 2. (I did go to one on November 1 a few years ago; I dressed as St. Michael and considered it an All Saints Day party.) You don’t get ashes on the Thursday or Friday after Ash Wednesday. Nobody was still celebrating Memorial Day yesterday.

This all came up because I’ve heard more than one well-meaning Catholic suggest that it’s still Pentecost. It’s not still Pentecost. Pentecost only gets one day. It’s Ordinary Time now, and that’s kind of a bummer after the glory of Easter, but we didn’t receive the Holy Spirit to just sit around. We’re supposed to go!

So go! Celebrate living with the Spirit of God inside you! If you’re really itching for something special to celebrate, it will be Trinity Sunday in a few days, and then Corpus Christi, and then the Sacred and Immaculate Hearts…. Wow. That is a good plan for curing your post-Easter blues. It’s like the Church knows what she’s doing or something.

Hi Lindsay,
Keep on loving Jesus! I don’t want to seem contrary, but the Octave of Christmas is a little different than the Octave of Easter. The General Norms for the Liturgical Year and the Calendar – 14 February 1969 (see http://www.ewtn.com/library/CURIA/CDWLITYR.HTM) say in part,

Well, you definitely seem contrary! The Catholic Google Calendar I set up is based on the calendar from romcal.net, so I’m already familiar with that. The Holy Name of Jesus is celebrated on January 3. I’m going to continue to celebrate the Christmas Octave with great solemnity.