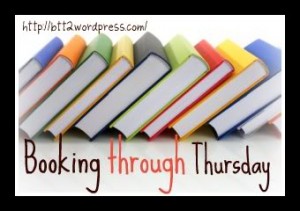 What’s the most intriguing book you’ve ever read? Something that made you think, explore new ideas, or just be really impressed and awed and amazed at the sheer wonder of the creativity of the thing?

“Intriguing” is one of my favorite words (yet not the favorite; that’s “juxtapose”). I don’t think I’ve ever applied it to an entire book, but I’ve read several that had intriguing premises.

Witch Week was the first book I ever read about young witches at a British boarding school. I read another one several years later; you might have heard of it. I was so enchanted (pun intended) by Witch Week that I made my very first attempt at fanfiction after reading it. I even typed up my stories on my electric typewriter (the best technology my family had then, back when the Internet was still viewed using Netscape and AOL) and bound them in construction paper covers. Good times.

Unwind still has one of the best premises I’ve ever heard of. It manages to be contemporary yet just futuristic enough. It takes place all over the country. The cast of characters is well-balanced between male and female, although two of the main three protagonists are boys. (I read a lot of books about girls.) The pace is fast, but not too fast. Although I struggled with the third, ramp-up novel, I’m still hooked enough to read the conclusion when it’s in paperback.

Bumped was fantastic, too. People say the pro-life/pro-choice debate is “too controversial” or a “dead issue” because people have already drawn their lines in the sand, but this book and Unwind show that there’s plenty to still think about. We unfortunately have the horrifying videos from Planned Parenthood to show that there’s plenty most of us never even thought about. I like Megan McCafferty in general, but I especially loved that she managed to raise and toss around so many important social issues in what remains YA fiction.

I looked at the other responses on Booking Through Thursday and they were all fiction books. When I think “intriguing” my mind goes to non-fiction. Nonfiction is where it’s at when it comes to stimulating the mind.

I hear you. I read very little secular nonfiction these days, although I would like to increase that. The religious nonfiction I read tends to be more mind-blowing or spiritually enriching than “intriguing.”