Wunderlist and GTD: Projects vs. Areas of Focus

In my “vision of wild success,” as David Allen puts it, this would be just one post in my beautifully organized series on how I use the Getting Things Done methodology (GTD). In reality, I detest long comments on blogs and forums, so I wrote this post just to avoid that. Skip down if you’re just here for the answer. 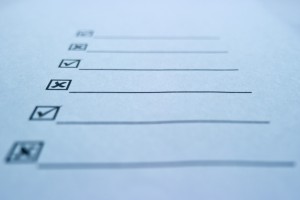 Here’s some context for everyone else: I have mentioned a few times that I am using GTD to get my life together, with spectacular results. I started drafting a blog post about my GTD conversion in January of this year. My GTD implementation relies heavily on my use of the marvelous app Wunderlist. Since I started using Wunderlist last fall, there have been some huge improvements to the app, and I have refined my GTD implementation and use of Wunderlist, so that drafted post is still not ready to publish. #bloggerproblems

In the meantime, I have been following a support thread for Wunderlist to keep up with others who are using it for GTD. A fellow Wunderlist user asked a great question this week. I think I have a solution, but it took way too many words to explain in that support thread. So I wrote this post and linked to it. Problem(s) solved.

How do you or anyone here treat projects that aren’t really projects[?] My interpretation of a project is something that can be completed at some point. I tend to have lifelong jobs that require action like “parenting” or “home improvements”. These lifelong jobs all have many smaller projects and actions associated. For instance in my parenting folder I might have “BMX Project with my son”, and one of the actions is to “buy a bike hook for garage to hang the bmx on”, another action might be to “research handlebars”. These projects exist as sub projects under their respective lifelong area. But it seems strange to put “parenting” as a project under “active projects” when really it’s something that’ll never be completed all the time I’m a Dad.

You can take my English classroom away, but I’ll always be a teacher. Definitions first!

Project
A GTD term. A Project consists of two or more individual action items and a defined outcome. The Project is complete if and only if all the action items have been completed and the desired outcome has been reached.
Outcome
A GTD term. A Project must have a defined outcome, i.e. how you know when the Project is complete. This can be an action item or a description of the situation after the last action is completed. “Publish a book” is the outcome for a Project also called “Publish a book”; there are several steps to take to reach that goal.
List
A core Wunderlist feature. A list is a group of tasks/items. The number of lists per user is unlimited.
Folder
A recent Wunderlist feature. Folders are groups of lists.
Next Action (NA)
A GTD term. A Next Action is a single, physical task you can complete in one sitting to move toward your Project’s desired outcome. If you need to do anything else before you can begin a task, it is not your Next Action. “Search my favorite magazine to find out if they accept submissions” is a Next Action for the “Publish a freelance article” Project.
Weekly Review
Part of the GTD process. The Weekly Review is a once-a-week, comprehensive read-through of everything in your GTD system and anything still in your head.

Here’s how I set up Projects vs. AoF in Wunderlist:

I have a list called “Projects” that contains all of my defined outcomes, starting with action verbs. Projects, per GTD, can be completed: “Purge closet,” “Go see the musical,” and so on.

I have a separate folder called “Project Plans” that contains one list per Project. I sync this by hand with the”Projects list during my Weekly Review. Each list in Project Plans corresponds to one of the items in the Projects list and contains Next Actions, future action items, and reference URLs for that Project. These lists substitute for the files that GTD recommends keeping for Project Support Materials. I just don’t have many paper or electronic items for my projects.

I have another folder called “Areas of Focus” that has one list per AoF: Friends & Family, Household, Health, Dance, etc. These lists contain Next Actions related to each AoF, such as “Go grocery shopping” and “Watch this YouTube video on West Coast Swing anchors.” No Projects are included in these AoF lists.

Here’s an example of how I decide what goes where:

I go see the outdoor summer musical in my town every year. I organize a group of friends to go with me. I don’t stop associating with my friends after the musical (not if I do it right!), but I only go see the musical once. “Go to the musical” is a Project. That goes on my Projects list. All the actions to make that happen (Pick a date, Invite people, Send reminder texts, etc.) go on the list called “Musical” in my Project Plans folder. Friends is an AoF, so it’s a totally separate list in my AoF folder. “Go to the musical” is not on my Friends list.

There’s currently no link between my Projects and the AoF’s they fall under, but that’s okay for me, for now. I could use tags for that, but I don’t. Resolving that disconnect is an item in my Personal Growth AoF!

I also don’t have a solution to scrolling through all your lists when you are organizing tasks on mobile. I usually use desktop for that! Click & drag is easy.

“Parenting” is not a Project at all. It’s an Area of Focus. Organize your Projects and Areas of Focus separately.

As you can see, GTD has helped me do things as simple as remembering what YouTube videos I want to watch and things as complex as making sure I get to see the Zilker musical with friends before it closes. Implementing GTD has truly changed my life for the better. I’ll post more soon.

I’m glad this works for you. Still struggling with it all.

There are a billion task manager/lists out there. I’ve tried Astrid (no longer exists) and still have accounts with Workflowy, Wunderlist, and ToDoIst. There are many others. For me, I don’t think the problem is the list software – it’s my getting tired of having deadlines and regimentation. I grow to resent the list. I need to shift my mindset and habits more than find a new technology.

One other problem I have is that when you write out lists everything is pretty much the same priority. Important and one-off projects on the same list with routine projects (which maybe shouldn’t even be projects). And big projects that require lots of work on the same list with projects that can be done in a few minutes. I guess the big projects should be broken down to smaller bite-sized projects, but that’s easier said than done.

I absolutely agree that the system is more important than the tool. GTD is designed to be tool-neutral, so you can do it on paper or in an app. Mac users who do GTD usually swear by OmniFocus, which is Mac-only.

I’ll write more in another post, but for me, the key was committing to the system and adapting it to my needs. With my budget, Catholicism, dance, and GTD, I only found success because I gave myself permission to go all-in for a short period and quit completely if it wasn’t working. In all four cases, I got hooked and my life improved dramatically.

[…] phrase “capital-T tradition” yesterday. After the traffic I’ve been getting from my first post about Wunderlist and GTD, I knew it was time to press publish on that one, […]

[…] like in my last GTD post, on Projects vs. Areas of Focus, I wrote this one in response to a post on the GTD thread in the Wunderlist Support […]

[…] most popular post was last year’s Catholic Calendar post, of course, followed by my first Wunderlist + GTD post. I knew there had to be more people out there combining that app and that method than I thought! […]