I have a problem with what people insist on calling “capital-T Tradition versus lowercase-T tradition.” It’s not as extensive as my problem with calling single life a vocation, but it’s among my pet peeves.

First of all, no one talks like that! No one ever uses the phrase “capital-T Tradition” unless they are attempting to explain the difference between the kinds of tradition in the Catholic Church.

Second, it’s confusing when people say “capital-T Tradition” because we don’t usually specify capitalization when we speak. If we do attempt to specify that kind of non-spoken language, we sound like Victor Borge doing “Phonetic Punctuation.”

Third, there are two kinds of Catholic tradition, so we might as well give them different names.

One kind of tradition means “teachings and practices of the Church that are not explicitly Scriptural but still mandatory to believe or do.” I call that kind “sacred tradition” to help clarify. 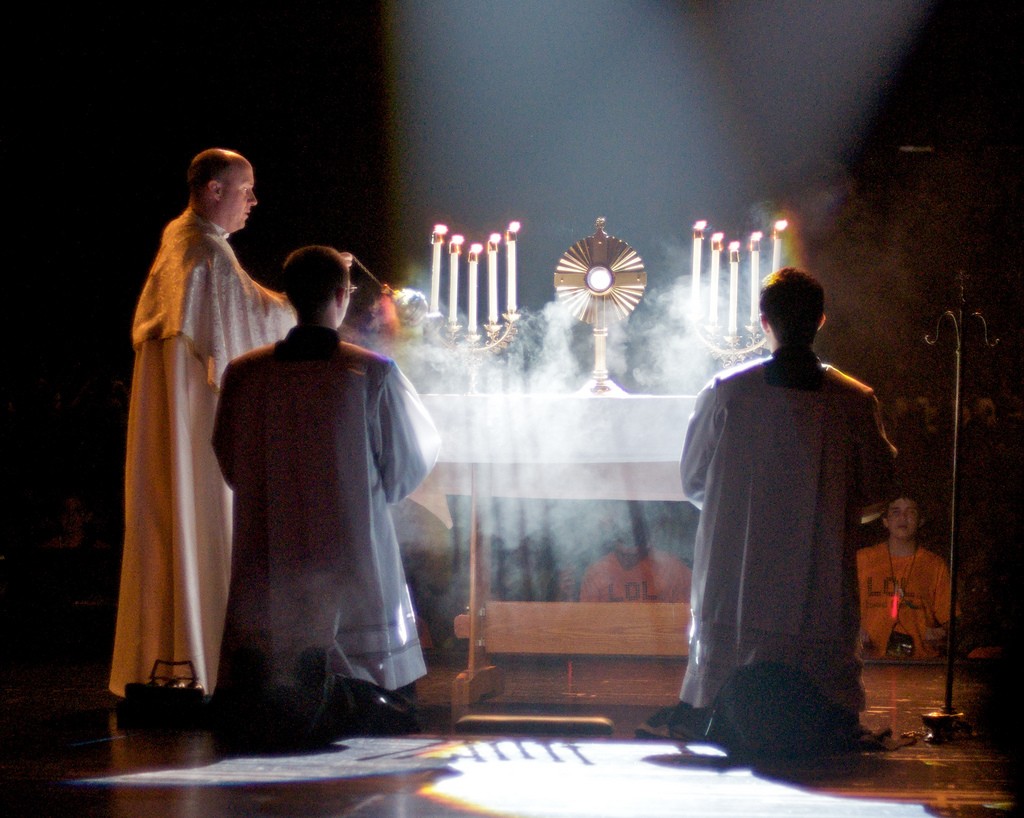 See this; genuflect. Easy peasy.
(photo CC BY-NC-SA by the Office of Youth Ministry in the Archdiocese of Saint Louis)

The other kind of tradition, in the sense of “teachings and practices of the Church that have been around a long time” is what I call “pious tradition.” That is much clearer than “lowercase-T tradition.” It’s the kind of tradition you keep because it enriches the faith and culture, not because it’s set in stone, mandatory, and immutable.

Changing the requirement of celibacy for Roman Catholic priests or believing St. Joseph was a young man doesn’t make you a heretic. (For the record, I support priestly celibacy, and I’m ambivalent about St. Joseph’s age and all that.) They might not be popular opinions, but you shouldn’t be run out of the Church for having them.

Not believing that the Eucharist is the True Presence of Jesus Christ or not supporting Mary’s perpetual virginity? That’s a different story. Pious tradition is open to debate. Sacred tradition is not.

[…] published my thoughts on the dumb-sounding phrase “capital-T tradition” yesterday. After the traffic I’ve been getting from my first post about Wunderlist and GTD, I […]