Here’s a little more about my GTD implementation: I use Wunderlist, but I don’t use subtasks or stars. I don’t generally find them useful. Your mileage may vary, but this is what works for me, at least for now.

Why I Don’t Use Subtasks

Most of the tasks for which I was using subtasks were really just checklists or poorly-defined Projects. Project planning is a part of GTD I’m still learning about. The Natural Planning Model makes sense, but I’m still working to apply it to my GTD implementation and my life.

How I used to use subtasks was by identifying something to do and then listing the steps needed to complete it. Those steps became subtasks. You can reorganize subtasks in WL, but you can’t add notes or due dates to them. (In the web app, there’s an automatic progress bar that visually displays completion status based on subtasks. It’s pretty.)

As I started to apply GTD in a more by-the-book fashion, I realized that I needed to add due dates to my subtasks. A major task like “Clean the house” had some subtasks that could be (or had to be) completed sooner than others. Even now, I sometimes don’t get around to mopping the kitchen floor until the day after I’ve swept it. (My roommates can walk on a recently swept floor, but not on a wet one.) That was my first clue that subtasks were not the way to go.

So I needed due dates, and that meant I just couldn’t use subtasks. The vast majority of my non-Someday/Maybe tasks have due dates. Not having dates just doesn’t work for me. What gets scheduled gets done.

I Use Lists Instead of Subtasks

I chose not to whine to Wunderlist about subtasks not having due dates but instead to turn my subtasks into tasks and use more lists.

Some of my major-tasks-that-needed-subtasks are ongoing or repeating: the aforementioned house cleaning, steps for recurring blog posts, and a few others. I turned those “major tasks” into full-blown lists in WL. Blog post checklists are amazing! Each task in the checklist has the its own due date and repeats on my desired schedule (every 2 weeks for the steps to write and schedule my ATX Catholic post before it gets published, every 2 weeks on the day the post goes live for publicity, etc.) That way, I can see what steps are overdue and when I should have done them without leaving the whole task incomplete and feeling like I haven’t cleaned the house at all, for example. GTD is as much about eliminating mental clutter and anxiety as it is about checking things off a to-do list.

For Projects, I keep a master Projects list and a separate list for each Project with tasks for that Project only. I don’t put dates on the tasks in each Project until I’m ready to schedule them (unless they are date-specific), but I do have a Next Action and a desired outcome identified for each Project Plan. (I use tags for that: #NA and #outcomes.) Like I said, I’m still working on project planning.

Wunderlist introduced folders after I created this system, so then I was able to group my checklists into a “Checklists” folder and Project Plans into a “Project Plans” folder. It makes my organizing heart happy.

Why I Don’t Use Stars 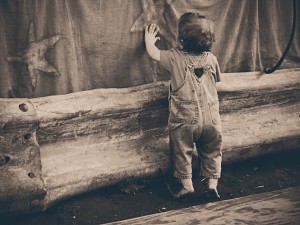 I tried using stars for a while, but I was just kidding myself. I’m not a predetermined prioritization kind of girl. Even David Allen himself is not a fan of prioritization. He recommends this prioritization system: don’t prioritize; but if you have to, do things first based on context, then time, energy, and priority (in that order). I’m not into assigning contexts, but I think that is the best prioritization scheme going.

Users throw a lot of shade at WL for not having complex prioritization tools. There’s only one built in: the star. Tasks can be starred or unstarred. There is a smart list for starred items. That’s it.

Honestly, I like that WL doesn’t have prioritization tools built in! When an app offers you 3, 5, or 7 priority levels (sometimes numbers, sometimes colors), it’s easy to waste time deciding what priority a task gets instead of actually getting anything done. Personally, my priorities change rapidly and unpredictably. I don’t want to waste time re-prioritizing my stuff. Context, time, and energy are much easier to assess as they change through the day.

Ages ago, I stopped using stars because they suffered the curse of familiar blindness. I don’t know if there’s a real technical term for that (there probably is), but the phenomenon I’m talking about is when you don’t notice something anymore because you see it all the time. This happens in my office frequently. We have cubby-style boxes in the mailroom with labels sorted vertically by last name. When people enter and leave the office (or the company), we shift the labels so there are no gaps. Just when I’ve gotten used to seeing mine on the bottom row, it moves up to the top. (I’m a W; I tend to be at the end of everything.) Sometimes I don’t notice for a day, but when I stop and look closely, I see it perfectly.

Therefore, although I used stars, I stopped actually seeing them. So they stopped working, and then I stopped using them. My priorities were shifting too often for them to be useful.

GTD does not officially contain a daily review step, but almost every GTD-er I’ve encountered does one anyway. Once you get used to the Weekly Review, you realize that you need a less comprehensive review, too. So I review my list for each day first thing, last thing, and throughout the day. GTD says to look at your NA list. I use the Today list like that.

As mentioned, I schedule almost everything, so the Today smart list is my best friend. I spend most of my day looking at that list. Because it’s a smart list, it pulls together everything that is due today (or overdue) and sorts it all by list.

When I look at my Today list, I see items from my checklists, my Project lists, my Areas of Focus, and my Waiting For list. Everything is neatly sorted, and I even use emoji to pretty it up a little.

In actual practice, when I’m looking for something to do, I go to my Today list. First thing in the morning, I scan through the whole list to find what needs to be done today. I check off what I’ve already done. I reschedule what I know won’t be done today. (Sometimes I just remove the due date.) I’m reminded of things I planned to do today. It’s all right there.

My goal is to have nothing due or overdue by the time I head to bed. That doesn’t always happen, but at least I know.

For more about Wunderlist and GTD, come join us at the GTD thread in the Wunderlist Support Center.

[…] #monthlygoals. I don’t use stars or subtasks, but I do use limited tags. This is one of them. I currently have just one monthly goal, but this […]