Our water heater died last Saturday. I have not been home for the last several plumber visits, so I didn’t know until I was chatting with my roommate yesterday that the old one was apparently so old that plumbers routinely expressed surprise that it was still working at all. That would have been nice to know. This is our second appliance replacement this year. Our landlord has always been very quick to fix things. I guess he likes us.

I learned several other things this week. I now have hard evidence that I do not like cold showers. I suffered through bathing and washing my hair in the cold water on Sunday morning and attempting to feel clean at all before work on Monday, but then I gave up. I was able to shower at my friend’s condo every night until yesterday, when the water heater was finally replaced. Thursday night was the time in four days that I did not look at my computer clock and think, “Nine o’clock. Time to drive so I can take a shower.” I don’t think I can find an appropriate expression of gratitude for my feelings about having any backup at all.

I also discovered firsthand that, when one of your basic needs is not being met or becomes suddenly much more difficult to meet, everything else gets significantly worse. All I wanted to do was take a hot shower at home. I did not want to have to carve an extra hour out of my already-precious evenings in order to bathe. It was all I could do not to complain about it every day at work. (My cube neighbors complain all the time.) My poor friends and Mr. Man got the brunt of it.

Finally, I now know that living without hot water is not nearly as bad as living without water. I’ve had spurts of that before. It was much worse. Thanks be to God for water, water heaters, and the end of this challenge.

I am sure that everyone else at the day retreat I went to on Saturday was glad that I’d had a hot shower that morning. The retreat was titled “Relationship Status.” Its logo was this cute and #realtalk image: 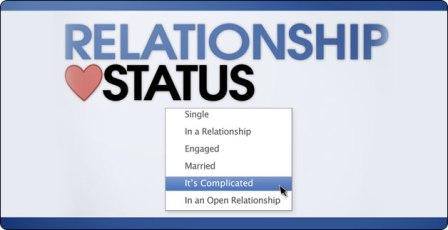 It was not quite what I expected, but it was absolutely worth going. The location actually helped a lot: it felt like I was actually retreating because I had to drive relatively far to get there. The two young women who organized the retreat each gave talks followed by small group discussion. We had Mass, with an excellent homily. After lunch, the keynote speakers shared their very complicated marriage story and their experiences of marriage. They were each married previously, and I thought they could have put more emphasis on their convalidation (although they did mention it), but my takeaway was how much joy they have now. I genuinely felt like I was experiencing Christ through them.

I have plenty left to unpack from the retreat (metaphorically). I am so glad such a thing was organized and successfully held. I think Pope Francis—and everyone else who wants to see improvement in marriage and the family in the Church—would have liked it, too. 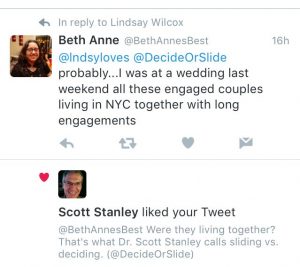 Dr. Scott Stanley writes an excellent blog about his research into marital success and marriage quality. I try to keep his advice in mind as I make my way, God willing, toward the altar. He even shared his advice directly with me and Beth Anne.

It seems like every big-time blogger (or even the small-time ones that want to be big-time) has a e-book and an e-newsletter these days. I do not like that. A blogger’s “e-book” is usually just a PDF with a compilation of blog posts. Is there that big a desire for repackaging? Am I underestimating the draw of e-books? If I want out-of-browser portability, I can make my own PDFs with PrintFriendly. For my guest posts and my writing at ATX Catholic, I do!

You usually have to trade your email address for the e-book, which often subscribes you to an e-newsletter automatically. I also dislike that. Maybe I don’t want the newsletter. If there’s not exclusive content, why would I want to get yet another email to process?

That said, I realized this week that, if I wanted to start an e-newsletter, Recommended Reads would be a decent content stream for it.

“Frameworks foster freedom.” Mike Vardy said that in a Blab he recorded and released as a podcast episode recently. I might never have heard anything from any productivityist I agree with more.

I love when my favorites collide. This time, the Most Interesting Man in the World meme meets one of my top five 80’s songs: 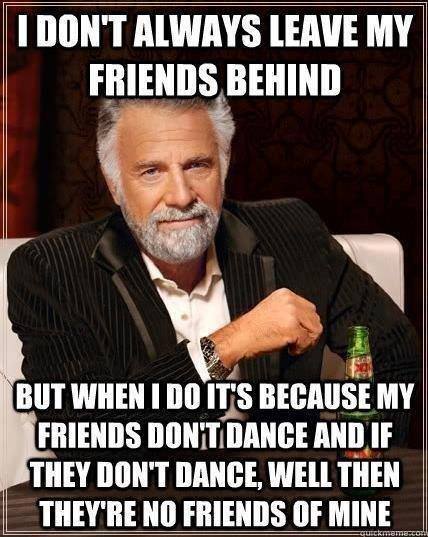 NEW HARRY POTTER! Technically, there has been new writing from J.K. Rowling since the old version of Pottermore was still around, and she’s been posting even more on the new Pottermore, and she co-wrote the script book for Harry Potter and the Cursed Child that’s coming out at the end of this month.

But still. Reading the story of Ilvermorny’s founding made my inner child giddy. I was pulled in just as I was then. I am impressed that she wrote such a full, compelling story and made it so short! Oh, my heart is happy.

Cold showers are actually good for you though. James Bond took a cold shower. And there’s lots of other health benefits. Google.

I’m sure there are benefits! I just didn’t find any. Only frustration, sadness, and trouble breathing.

Well. It’s not for everyone. I will grant you that.

I guess because it’s the 4th of July, I misread Take 5 as “Fireworks foster freedom.” I was very confused why a productivityist said this and why you agreed so much lol