This was an interesting church week. I walked out of church unclear about this Gospel and got two much clearer answers from a total of three sources. 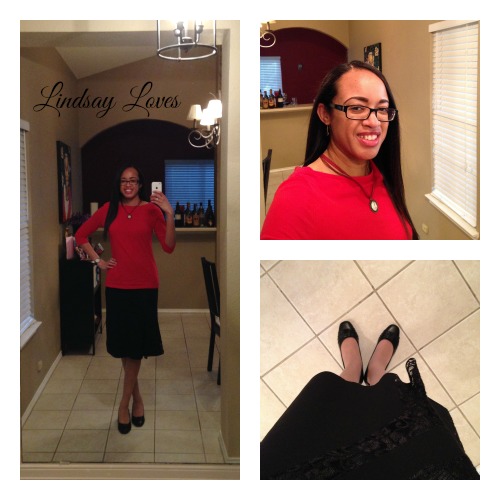 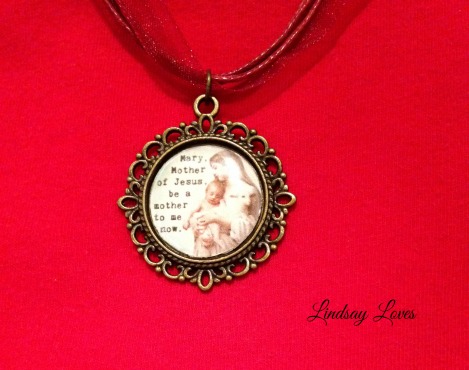 We no longer have even extended seasons here; they now change day by day. Forty-degree swings within a single day are becoming common this year. I decided to go for almost-bare legs and wear this skirt. Can you see the lace panels? That’s my favorite feature, although it makes the skirt hard to wash. I generally don’t wear lace because I find it itchy, but the lining solves that problem here.

I went to church hoping to hear mostly about the Gospel. I have never understood the “salt of the Earth” part—ever. “He’s a real good guy; salt of the Earth kind of folks.” What? After all my years of churchgoing, I get the point, and I get the “light of the world” part, but I’ve never been able to wrap my head around that particular metaphor.

Mass started with the lector reading a letter from our bishop regarding the president’s executive order on immigration. Was it a good letter? Yes. Was it surprising at all? No. Was it way too long to be read before Mass, especially considering that “read this at Mass” instructions are often ignored? Oh, yes. And then we got the regular too-long group of announcements before Mass could finally begin, ten minutes late.

Fr. Pastor started his homily with the story of St. Blaise. It was not his feast day. He continued on to talk about enjoying the Super Bowl regardless of who wins, not letting your team’s loss get you down, applauding everyone’s effort, etc. That is a good lesson. Then, he described the plans for our parish’s milestone anniversary. That’s nice, but it didn’t have anything to do with the readings. I started struggling at that point.

Finally, he got around to talking about Jesus, but it was so buried that, when I was taking notes after Mass, I couldn’t actually remember what he said! He concluded with a message about Catholic Schools Week (we got one last week, too), followed by a blessing of extraordinary ministers.

Oof. With the delayed start, we had been at Mass for exactly an hour (I checked my watch because I was tired) when we got to the Sign of Peace. We still had to do Communion! If I was restless, anyone who brought little kids was probably ready to run out the door!

Mass ended without a recession. Instead, the priest and deacon started blessing throats individually as we were singing. It was awkward. I opted out, tired from all the extra cruft we’d already had.

But Jesus came, and after weeks of deciding to abstain because I have a lingering cough that I’m pretty sure is just allergies, I received the Blood of Christ again. Mr. Man, Bishop Robert Barron, and Fr. Mike Schmitz helped me understand the salt thing. So all is well.

Aw, I can’t see the lace on the skirt! I love lace, but my reason for never wearing it is that I always manage to catch it on Velcro or a zipper or something and then ruin it… There’s so much hidden Velcro in the world, waiting to snag my clothes!!

I think I’ve taken better photos of it before; I guess I just know where to look. And yes, wearing lace is a treacherous game. I wear tights a lot, and once back when I was in my first year of teaching, I got a snag in one. Not thinking, I tried to cut it off… and then I had to teach the rest of the day with a small but obvious hole in my tights. Lesson learned.

The priest you call Msgr Old Pastor gave an explanation of salt losing its flavor that I have never heard before – and more down-to-earth than Barron and Schmidt.

Yes, too many announcements at the parish. And they are not punctual in the least.

Salt is kind of always down to Earth. ;) One of the reasons I try to keep up with so many homilies is that, somewhere among them, I’m likely to hear something that will speak to me. And if I don’t, I still keep listening.

I can’t figure out a good solution to reading announcements out loud. The alleged reason for doing so is that people pay more attention when something is said to them. That’s one of the reasons people always want to get the priest to read announcements, as though he doesn’t have enough to do during Mass in particular. They think, “If Fr. So-and-So says it, then people will listen.” I’ve found, though, that people who want information will figure out how to get it when they need it (which is almost never before Mass, during Mass, or after Communion), and the rest don’t much care.

Super cute outfit, and I absolutely adored the necklace you wore!!

One reason I like the military chapels – they require most services (unless arranged ahead of time) to be finished within an hour, since we share the chapels with other denominations. Here, we usually run right at 60 minutes long, sometimes stretching it to 75 minutes. Honestly, the punctuality is what scares me about going off the military installations – I’m terrified we’ll wind up having to sit through a 90 minute service, especially with the added letters to parishioners read (which seems to happen a couple times a year)!

And, thankfully you were able to find a good source for understanding the “salt of the earth” concept. Like you, I enjoy learning from both Bishop Barron and Fr. Mike Schmitz when it comes to teachings with which I struggle.

Thank you! I won it in a giveaway back in the Fine Linen and Purple days.

I am a military brat; I remember that about shared chapels. One Sunday, we’d had some sort of meal after Mass, so we were walking back out through the chapel while the Protestant service was setting up. My band director at the time was Protestant and happened to go to that service. She was warming up with the pianist in the chapel, and she saw me and worked “Good morning, Lindsay” into the line she was singing!

I find that the parishes that have larger populations or a larger population of international parishioners tend to have Masses that run over an hour. Americans have a one-hour concept that we cling to. In other countries, that level of orderliness is not so important. I’ve gone to Sunday Mass in Central America a few times. There are no neatly organized Communion lines, and Mass ends whenever it ends!