Movie Reviews: “The Social Network” and “Never Let Me Go”

Last weekend, I felt like watching a movie. I own plenty of DVDs, but I had an urge to rent one instead of just catching whatever was on TV. I live almost next door to a Redbox, so I gave that a shot both Friday and Saturday nights.

I was vaguely interested in The Social Network when I first heard it was in production, although not quite enough to go see it in theaters. Facebook (still with the “the” then) hit my college right after I started school there, so I never really knew college without facebook, if you can believe it. I still remember the original design, the feel when it was restricted to college students, the awfulness that was the original Wall. (It was so bad that I refused to have one for months!) It was definitely odd to see a dramatized version of events that happened within the last ten years.

As far as the film goes, I felt like I was being bombarded with words at first. How can anyone actually talk that fast? I’ve seen a couple of West Wing episodes, and they make my head spin, too. It’s like every one of Zuckerberg’s lines had “as fast as possible” in the stage directions. I thought the acting was okay; I’m never going to be able to take JT seriously, I don’t think. I had no idea that the guy behind Napster was ever involved with facebook. (I missed Napster anyway; I spent all those years overseas). I wouldn’t recommend it if you’re looking for a good story, but it’s worth watching. 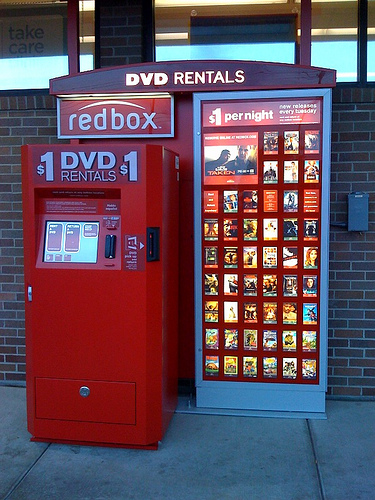 I turned to the Internet in search of Redbox promo codes on Saturday and actually scored my second rental of the weekend for free. Good times. I saw a trailer for Never Let Me Go online a while ago, and I had a pretty good idea of what the secret plot twist would be. I was right. (Wikipedia will give it away if you’re interested.) The acting, again, was okay. The whole movie had a dark tone to it, which I think the characters carried well. I had a brief “hey, it’s that guy!” when I spotted Bill Weasley (which is pretty good considering he gets about 30 seconds of screen time in DH), and I nearly missed that I’d accidentally rented two movies in a row starring Andrew Garfield. He manages his accent well, like Colin Farrell. (What happened to him?)

That said, I would not recommend Never Let Me Go. I wanted so much more from the story. It’s such an awesome plot that I wanted more than just a romance to propel it. There was incredible potential that even the original novel just kicked to the curb. There’s only half a story there, so if you, like me, enjoy stories, then you, like me, will end the movie thoughtful but disappointed.