My Case for Cursive

As any of you who have seen me write in the last two years or received a snail mail letter from me know, I like to write in cursive. I was always good at it in elementary school, but I opted to print for most of my adult life. When I was in college, Maura gave me a beautiful journal for Christmas the second year we were roommates (I think). I decided to use it as a spiritual journal, and I decided that I would only write in cursive in my spiritual journal.

Wow, were those first couple of entries hard! I remember how to write all the letters, but my hand was definitely out of shape. I persisted, though, and eventually I got my cursive back. A few years later, I switched to using entirely cursive while I taught, with understandable exceptions for my students with dyslexia and my English language learners. I’m not cruel, just stubborn.

At work today, I was following up on my recent trip and checked out the Beloit College Mindset List from last year. The Mindset List summarizes the way each incoming class of college freshmen sees the world with the goal of helping professors understand their new students. The very first item on the class of 2014 list is, “Few in the class know how to write in cursive.” 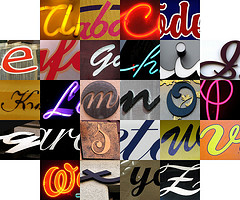 What a shame! I realize that this isn’t the days of To Kill a Mockingbird, when Scout was admonished for knowing how to write cursive as a first-grader and told to only print until third grade. We’re beyond my grandfather’s day, when the mindset that adults wrote only in cursive led him to do so to this very day. We’re even beyond my father’s day, when whatever they taught him in school evolved into his odd half-capital, half-lowercase, half-printed script. (Yes, three halves; you have to see his writing to truly understand.) But the mere existence of people who wrote in cursive and the primary sources they leave behind still makes reading cursive, at the very least, a useful skill.

This NYT article from April draws a lot of the same conclusions I do about cursive. I reasoned that, perhaps my students could get by with print and word processing, but knowing how to read cursive is essential. Some things, such as those pesky confidentiality agreements on the SAT and ACT, don’t allow print. At the very least, you have to have a signature. I even had two students whose cursive was phenomenally better than their print. They tended to retrace their printed letters in a very strange way–you can’t do that writing in cursive. I hate to see such a beautiful and historical skill disappear. Heck, even calligraphers get business during wedding invitation season!

This may be a 21st-century world, but if the 17th century still matters, we’re going to need people who can look at the Declaration of Independence and have no greater confusion than that tricky F-that-looks-like-an-S situation.