Happy Easter! There were so many things going on today that I think Easter got lost in the shuffle.

I only wore one outfit for these many holidays, though. 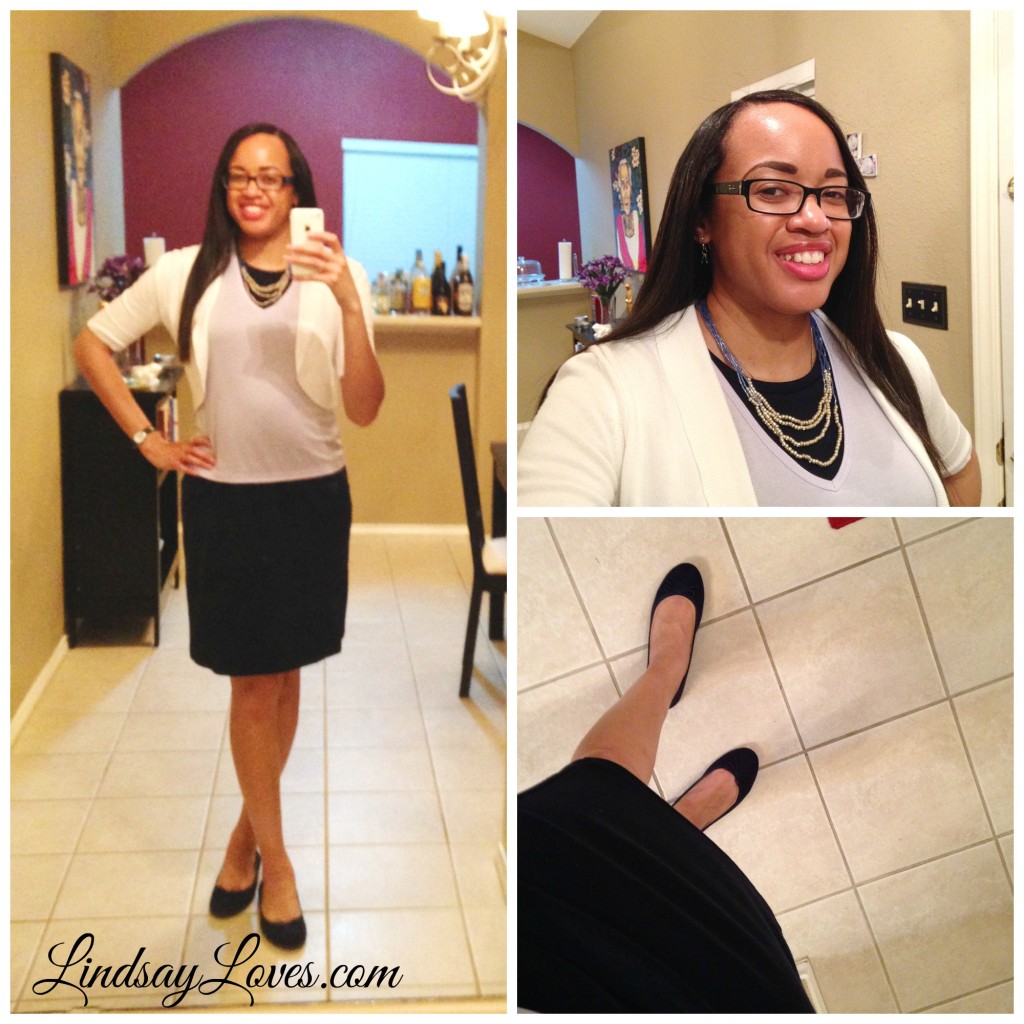 No idea what happened with the exposure and lighting here.

I have worn this dress twice before and love that I have worn it a different way each time. The first time was with an infinity scarf as a shawl for my church group’s Christmas party. The second was with a checkered button-down, belted, to church. This time, I’ve worn it as a skirt (and a little bit as an undershirt; that’s the dress under the v-neck of the top). I always cover my shoulders for church, but since the top and dress are both sleeveless, it looks good uncovered, too.

I was pleased with my parish today. They replaced the psalm with “Shepherd Me, O God,” which is not an acceptable substitute for Psalm 23, but then our deacon gave a delightful homily elaborating on the role of the shepherd. He tied it to the service and sacrifice of mothers, though. I found that a little odd. Christ is the Good Shepherd. The Church (along with her members) is his bride. That’s the male-female representation there. I wonder if he would say the same thing on Father’s Day.

At almost every parish, they ask the mothers to stand for applause and perhaps a blessing. I was not looking forward to that part. Imagine my surprise when, instead, one of the cantors sang Ave Maria. I love music that is prayerful, and it was, even if the church did burst into applause afterwards. Then they offered Dove chocolate bars specifically to any woman, not just mothers. I didn’t take one (I’m not a fan of dark chocolate), but I appreciated not being singled out for being only a godmother.

Today was a good day. It was a good weekend, and it was even not half bad for a week. Next weekend will have a wedding, a.k.a. grown-up dance party, so good times are in store!

My parish skipped the standing and did Ave Maria instead, too! We’re twinsies!

Granted, there we like 20 people at my mass — the priest called us “an exclusive club.”

I say “twinsies” all the time! Probably too much.

I don’t think I’ve ever been to a Sunday Mass that small. Mother’s Day is usually a high-attendance day. I was at daily Mass with two other people once, though. We sat really far apart (like good Catholics), so the priest just skipped the sign of peace. It was oddly fun.

The 5 o’clock Sunday night mass is almost always fewer than 30 people during the summer. My parish is sort of odd.