Okay, show of hands: who has read Shakespeare outside of school required reading? Do you watch the plays? How about movies? Do you love him? Do you think he’s overrated?

I love Shakespeare! My undergrad degree is in English, but my specialty within that was British and American literature. That concentration was one of the few that required at least one Shakespeare course. I thought (and still think) it’s a travesty that you can get an English degree without taking Shakespeare.

My Major Works of Shakespeare course was taught by Dr. Ted Leinwand, who became one of my favorite professors. I liked him so much that I intentionally took a second class with him. He was eccentric, passionate about Shakespeare, and Jewish (which I mention only because he brought it up and because it made reading The Merchant of Venice that much more awkward and awesome). I greatly enjoyed his teaching.

I also enjoy Shakespeare outside of school. I go to see Austin Shakespeare‘s performance in Zilker Park every summer (this year, it was As You Like It), and I went to see The Tempest in a regular theater not long after I moved to Austin.

Despite my preference for the book (always), I’ll admit to liking movies that are Shakespeare adaptations. I’ll always hold a special place for Ten Things I Hate About You. I didn’t know it was The Taming of the Shrew when I saw it, I love 90s teen movies because they’re so ridiculous, and I have visited the actual school where filming took place. 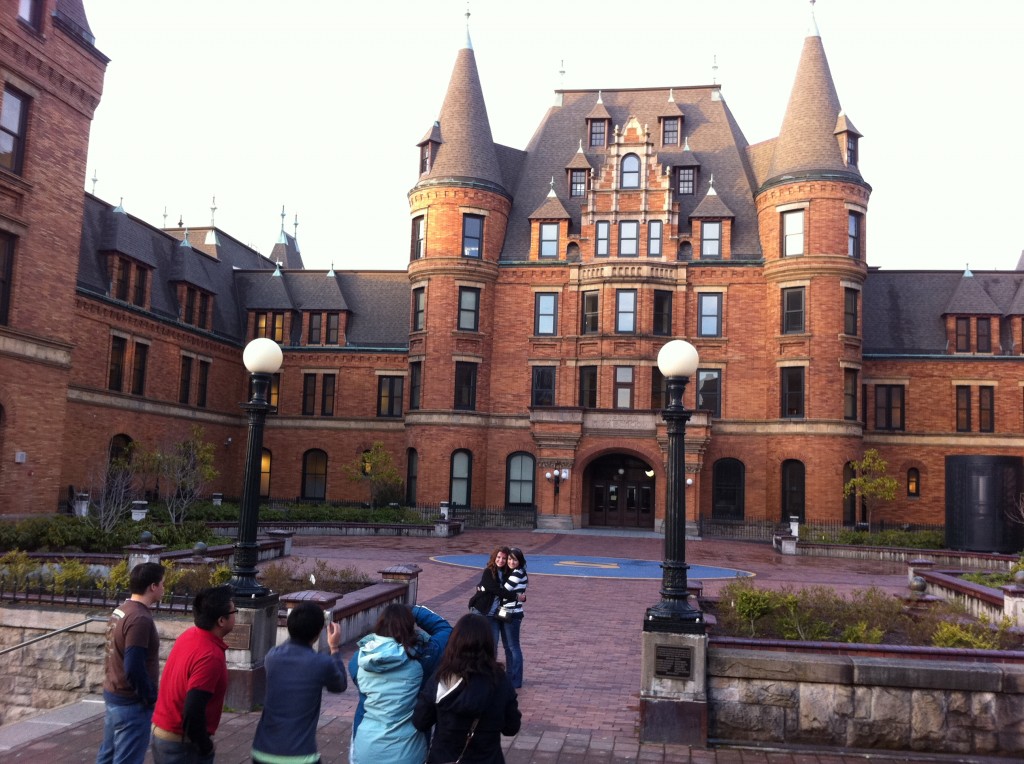 It really does look like a castle! The historical plaque said it was intended to be a train station. The Tacoma school system bought it when the train company didn’t. 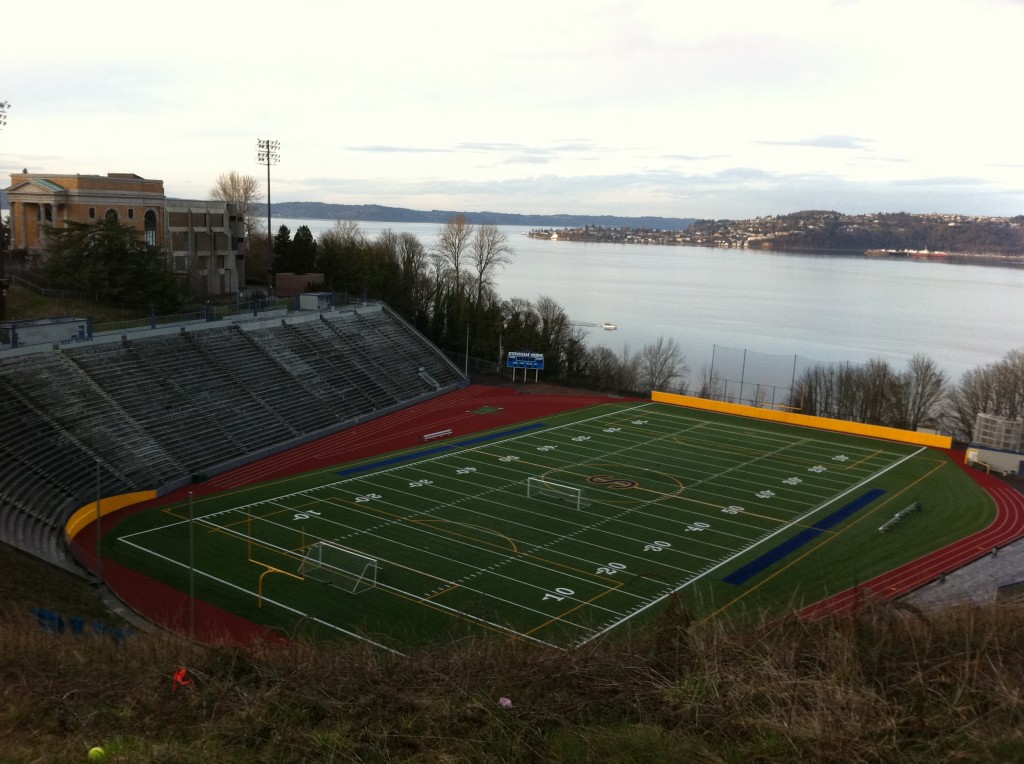 Can’t you just picture Heath Ledger running across those bleachers singing “Can’t Take My Eyes Off You”?

So many people get lost in the historical controversy around Shakespeare’s plays or bogged down in his language (which is not Old English!), but I get wrapped up in the stories. It’s been 400 years and we still don’t know if Hamlet really goes crazy or is just faking it. I say that’s a compelling story, and you know how I love compelling stories.

How do you feel about Billy Shakespeare?

I also enjoy movies made from Shakespeare’s stories, such as Romeo + Juliet and Shakespeare in Love. My favorite is Branagh’s Much Ado About Nothing.

I liked Romeo + Juliet, too! When I taught high school, my students were captivated by it.