Ten years ago, I did one thing that would change my life forever.

I went to church.

I had been to church before. I knew how it went. I’ve never been anything other than Catholic, but for a long time, I was nothing, really. My first boyfriend accused me of “paying lip service” to my Catholicism. I had to look that up; he was right, and I was offended because it was true. I prayed (for chastity, actually). I gave up sodas for Lent. That worked. I gave up chocolate another year, and that worked, too. (I now eat chocolate and drink soda.) Beyond that, I knew only enough to check the “Catholic” box. Literally, I checked the box next to “Roman Catholic” on the optional religious preference form during freshman orientation.

That was the extent of it. Up to a few weeks before that day, the last time I had set foot in a church was for my great-grandmother’s funeral. My mom bought me a suit. I did one of the readings. I’m good at reading. Then I went for Christmas, to see my little brother as a king in the children’s pageant. I don’t remember anything more about either of those days. Not the homily. Not what it was like to be in church after being gone for so long. Not whether I felt comfortable or uncomfortable.

I don’t even remember exactly when I made the decision to go back. (How is its own story.) I do know that I picked the day very carefully. Ash Wednesday is not a day of forgiveness. It’s not the Catholic version of Yom Kippur. We don’t really have a Catholic day of forgiveness. Yet Ash Wednesday is the one day when everyone comes out of the woodwork: more than Christmas, more than Easter, even more than Mother’s Day (the highest days of attendance, in order).

Something about Ash Wednesday says, “Come.” So I went.

I was a little afraid to go back that first time. I had never been to the Catholic Student Center. I knew it was within walking distance, and I didn’t have a car anyway, but I could read a map. (This was before I had a smartphone, so it was a real, giant paper campus map that I carried around in my giant purse.) In my fear, I asked a buddy to go with me. She had graduated from Catholic school with a healthy dose of skepticism but not so much that she wouldn’t go to church with me. We walked across campus together and found seats in the packed chapel.

No single homily has stuck with me more than the one I heard that day. Fr. Bill Byrne is a great preacher. Every day is a good day to preach a homily on forgiveness, and I owe my spiritual life to the one he gave to us college kids on Ash Wednesday, February 9, 2005. The central story went like this:

Imagine that, one day, your parents show up and bring you a brand new car. Lexus, Range Rover, whatever your dream car is. They tell you it is a special present just for you. It’s beautiful, and the license plate says “4PRECIOUS.” You love it! You drive it around campus, showing it off. It’s a great car. But one day, you get into a wreck, and the car is totaled. You’re ashamed and sad, and you finally get the courage to tell your parents about it. “No problem,” they say. “We’ll get you a new one.” And before you know it, you have another brand-new car, just like the old one. Same license plate and everything.

This time you’re way more careful, and you do everything you can to protect it, but it gets totaled again. You can’t even believe it, and when you tell your parents, they say, “No problem, sweetie. The new one’s already on the way.”

The love of God is like that. He gives you everything. You screw up. He gives it all back to you. All you have to do is ask. He loves you so much that he will never deny you forgiveness and will give all the grace back to you, every single time.

I needed to hear that. Oh, I’m sure that years of pastoral training and experience had taught Fr. Bill that most people in the pews need to hear Christ’s message of forgiveness. I’m not so arrogant as to think that he actually gave that homily just for me.

But it worked. Four days later, I dragged myself out of bed before noon on Sunday and walked halfway across campus to the larger Memorial Chapel for Mass. I sat toward the back (but not in the back; I was never that kid) and stumbled my way through the Creed. I nailed all the songs from the hymnal, though. I’m a pretty good sight-reader. I’m reasonably certain received Communion that day, and on Ash Wednesday, although I should not have. (I have since repented. Let’s not pretend that doesn’t happen.) And it was okay.

So I went back the next Sunday, and the next.

Soon, I cornered Fr. Bill for an ambush confession. (I don’t recommend the ambush.) It was face-to-face. He didn’t know me from Adam; what did I have to fear? I stuck with the big ones. He gave me four Hail Marys as penance: one for each year I’d been away from the Church.

When I went home for spring break, I went to Mass with my dad, who was preparing for baptism through RCIA. (That is not a coincidence.) I missed one Sunday by oversleeping when I got home for the summer, but that was the only one.

I don’t miss Mass anymore. At the peak, I went to Mass six days a week. You barely have to meet me to know that I’m in it for good. 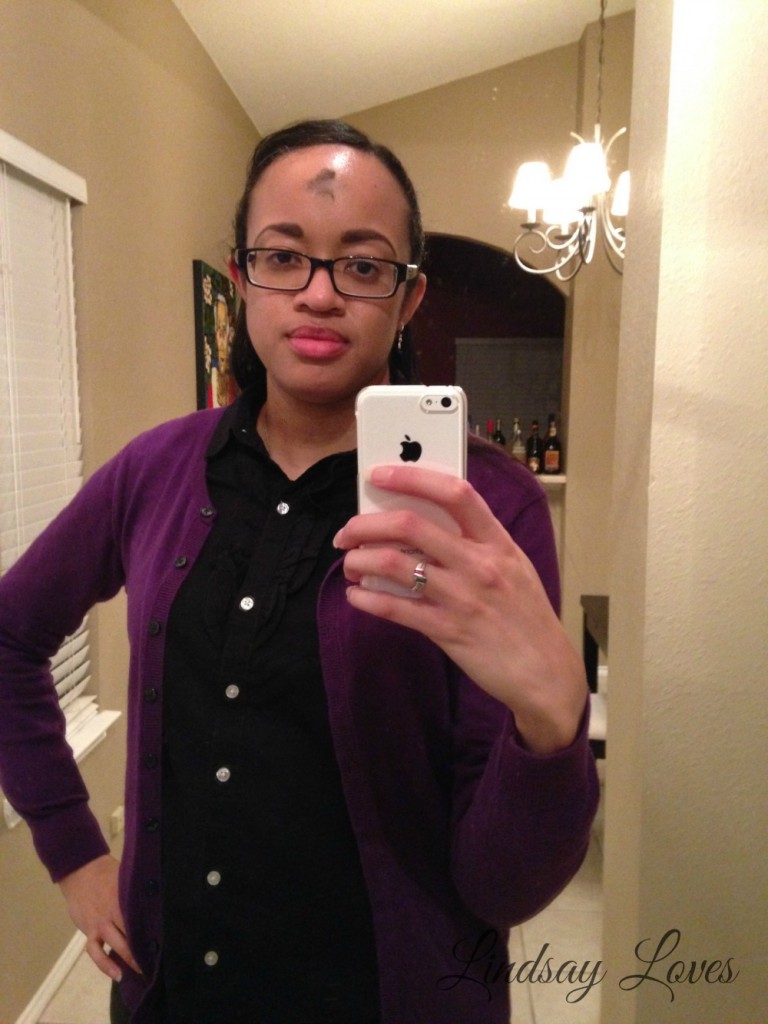 A solemn face, but a peace-filled one.

It all started that Ash Wednesday. It’s not obligatory, but it sure is popular. It’s not aimed at forgiveness so much as repentance, but sometimes it works.

I’m praying for those “sometimers” because one of them was me.

I pray every time I pass a Planned Parenthood. I have also prayed outside Planned Parenthood clinics that do abortions here in Austin and back home in D.C. I pray for a world where no one will desire abortion. I don’t think making abortion illegal will change hearts, but it might be a start. By far, though, the most important part of the struggle is remembering to do all things in love, as Jesus would. Jesus called people out for their sins, sure, but then he called them to something greater (remember, he told the woman caught in adultery to “sin no more”). Abby Johnson knows exactly what it’s like to love both people who provide abortions and people who pray for an end to them. She worked for Planned Parenthood for eight years, but one day, she knew she had to switch sides. Her book, Unplanned, cowritten with an editor from Christian publisher Zondervan, tells the story of her life up to that day and its heartbreaking aftermath. 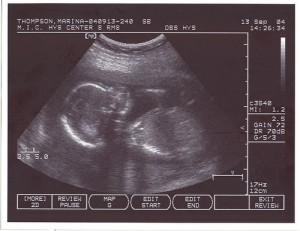 I first heard Abby Johnson’s story last year. I was astonished. It was picture-perfect: someone who knew Planned Parenthood from the inside had literally gone from standing on inside of the fence to praying on the outside. She begins her story with the turning point. She had been director of the Bryan, Texas Planned Parenthood affiliate for some time when she was asked to hold the ultrasound probe during an abortion. As she watched the procedure, she was horrified, and she knew that day that she needed to get out. The Bryan Coalition for Life next door took her in and defended her in the ensuing legal battle. She had joined Planned Parenthood as a college volunteer to help make abortion “safe, legal, and rare” (Planned Parenthood’s alleged goal) and to help women in crisis. When her supervisor told her that she needed to increase abortions to stay in business, and that her personal mission to reduce abortions was going to hurt the bottom line, she knew that Planned Parenthood was not the place to achieve her goal of “safe, legal, and rare” abortion, and she gave up her career for what she believed in. Could you be that brave?