The Long View (Review: “A Canticle for Leibowitz”) 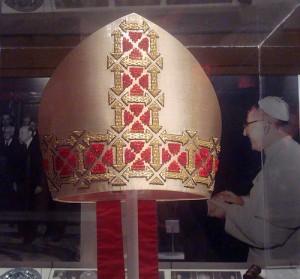 I’ll admit it: I like sci-fi. My mom and I used to tease my dad endlessly about how much he liked to watch Star Trek. I finally sat down to watch an episode with him one day, though, and I was hooked. It’s not just the scientific aspects that draw me in, though, it’s the stories. Sure, the characters talk to their computers and use ultra-thin portable document readers, but they’re still ordinary people underneath. There’s still love and war and learning in space. The same is true for police procedurals, medical dramas, and sitcoms.

With that openness in mind, I decided to tackle A Canticle for Leibowitz, by Walter Miller. Other online reviewers described it as being almost sci-fi. I chose it primarily for its Catholic aspects. It’s also historical fiction, and it’s a dystopia to boot. There’s so much going on in this book I could barely believe it, but Miller handles it astoundingly well.